About Warehouse 13: The Board Game

Warehouse 13: The Board Game can be played by three to five players in about two hours. Each game of Warehouse 13: The Board Game is considered a Season, played over a series of Episodes. Each Episode will involve the investigation and retrieval of one artifact. Warehouse Agents must investigate clues, then use those clues to retrieve the artifact. However, one player is the Traitor, who secretly works for the Adversary. For every artifact that is lost, the Adversary becomes more powerful and thereby more difficult to defeat.

Each Episode begins with the Ping Phase, in which the artifact’s location is revealed and clue dice are rolled. Clues are represented by 13 custom six-sided dice.

After the Ping Phase, the Investigation Phase begins. During the Adversary turn, the Adversary will act. Afterwards, each Agent may perform an Action, such as drawing Traits, playing a Trait, performing Warehouse Maintenance, or traveling to the Field. Next, each Agent must attempt to claim a clue die. If an Agent cannot claim a clue die, one must be neutralized, removing it from play for the remainder of that Episode. Finally, each Agent may draw a free Trait.

The Investigation Phase repeats until all of the clue dice are either claimed or neutralized, then the Retrieval Phase begins. Each artifact displays symbols that correspond to the symbols on the clue dice. During each round of the Retrieval Phase, the players secretly roll all of their clue dice and each player chooses one to apply to the artifact. The chosen dice are revealed simultaneously. The Adversary will intervene by rolling Goo dice which can neutralize clue dice. If enough clues are applied to match the artifact’s symbols, the artifact is retrieved. If the Agents run out of clue dice before rolling enough symbols, the artifact is lost to the Adversary. 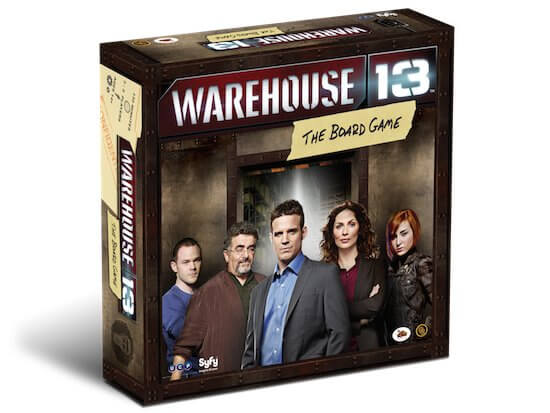 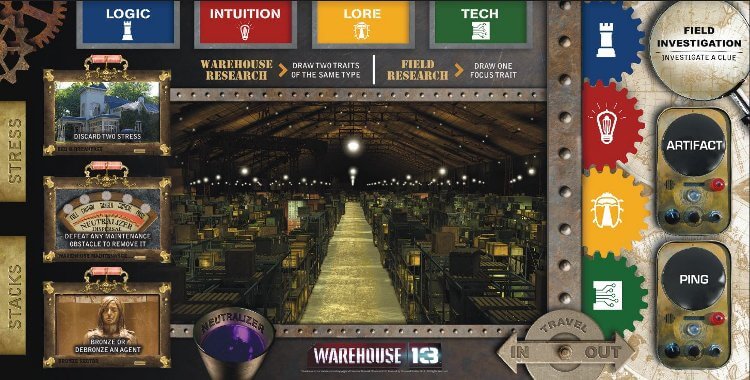